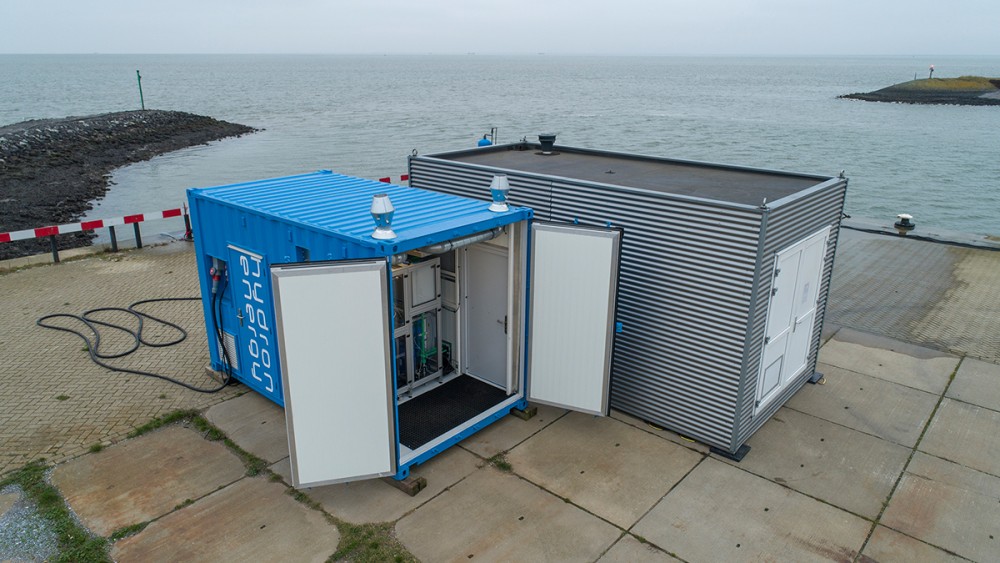 The pilot facility for the production of hydrogen from seawater on the Dutch island of Texel. A similar design could be used in offshore wind farms in a few years' time.

Only the so-called green hydrogen produced from renewable energies is climate-neutral. Schaeffler, one of the world's leading automotive and industrial suppliers, is therefore working specifically on solutions which enable the production of the significant quantities of green hydrogen required for the energy transition.

A feasibility study was completed by the Dutch start-up Hydron Energy B.V., which has been part of Schaeffler since the summer of 2021, together with the Wageningen Food & Biobased Research (WFBR, part of Wageningen University and Research) and with funding from the Dutch government funding agency RVO: Over the course of the SEA2H2 project, the consortium proved that the production of climate-neutral hydrogen is possible from seawater.

The challenge for the use described lies, among other aspects, in the treatment of seawater suitable for membrane electrolysis. Electrolyzers require the use of ultra-pure water as a prerequisite. Seawater must be desalinated for this purpose, as well as elaborately purified and filtered. The solution developed together with WFBR is as innovative as it is illuminating: The waste heat from the electrolysis process is used to desalinate the seawater. This technology allows green hydrogen to be produced with energy from offshore wind farms and transported onshore via pipelines.

The Sea2H2 consortium has demonstrated the functionality of its water treatment in a test plant operated on the Dutch North Sea island of Texel.

Now part of Schaeffler, the Hydron team is working to scale the hybrid system of desalination and membrane electrolysis components for industrial scale deployments while reducing costs and increasing operational efficiency and longevity.

Hydrogen as a strategic business sector at Schaeffler
"Hydrogen produced from green energy of offshore wind turbines is set to play a crucial role in achieving Europe's climate targets. We are very proud that we are able to contribute to the further expansion of Schaeffler's value chain and the competitive production of green hydrogen with our development and the experience we have already gained," says Sander ten Hoopen, one of the founders of Hydron Energy B.V. and current head of Schaeffler Systems Engineering.

"Wind2Hydrogen, i.e. the generation of green hydrogen from wind energy, is an important growth sector for Schaeffler. In cooperation with our partners in the wind power industry, we want to become one of the leading suppliers of system components in this sector," adds Bernd Hetterscheidt, Head of Strategic Business Unit Hydrogen at Schaeffler. "To this end, we are combining Hydron's innovative development with Schaeffler's strengths, such as our understanding of systems and our expertise in the rapid scaling of products and projects, in order to bring them to market as quickly as possible and at the same time in conformance with the highest quality standards.

As a key factor in the topics of sustainability and mobility, hydrogen is an important strategic business sector for Schaeffler and part of the Roadmap 2025. Schaeffler is for example also involved in the hydrogen lead project H2Giga of the German Federal Ministry of Education and Research. As consortium leader of the sub-project "Stack Scale up - Industrialisation PEM Electrolysis", the company is working together with nine partners from industry and research to realise the series production of the latest electrolysis stacks as quickly as possible. 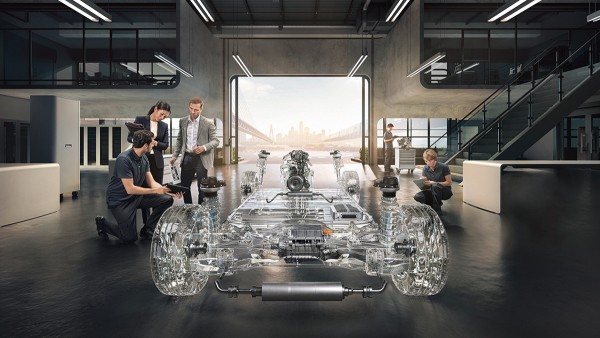 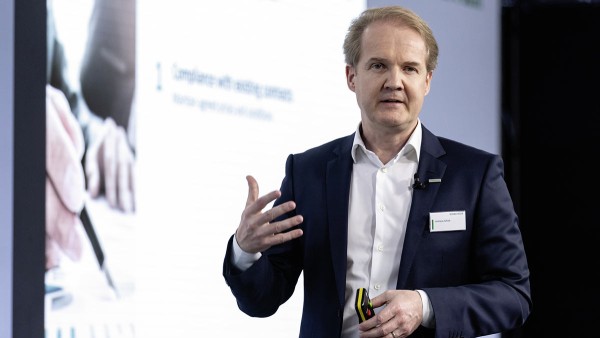 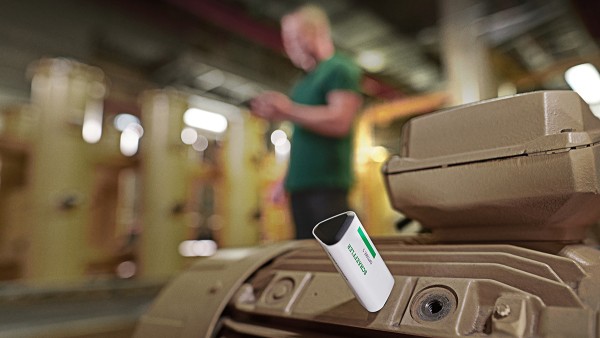